As the sun set over the Zakim bridge, and I finally got stood up after a seated bow and a “Namaste”, I started to chat with Jenna.  This was my post-work routine on Wednesdays.  We had been friends since our early teens and lately, she had built a thriving, on-site yoga business called Yoga by Jenna.  It had been a long road to get there and she had worked hard at building the brand.  As you can imagine, therefore, I was surprised when she showed me logo concepts with the name The Corner Studio.  She had been looking at physical spaces and had just signed a lease.  After all the blood, sweat, and tears to build the Yoga by Jenna brand, why change the name?  I thought it was a mistake.  I told her so.  I was wrong.

After weeks of cleaning, painting, building, and anything else you can imagine that goes into starting a Yoga studio (plus lots of things you and I would never think of), Jenna opened the doors on the Corner Studio.  She sublet the basement space to a local startup and taught every class herself.  Every class. Seven days a week. Multiple times per day.  She was the CEO, the individual contributor, the janitor.  Not long after she opened, we had the snowiest winter on record in Boston.  Parking bans went into effect, no one left their homes.  As you can imagine, that doesn’t make for great business for a yoga studio.  Still, however, Jenna hung on.  She kept teaching classes, she persevered, she built the Corner Studio brand.

While I questioned abandoning the Yoga by Jenna name, Jenna had a bigger vision.  She knew that, while it might start with just her, long-term success would mean that not all the Yoga would be by Jenna.  Furthermore, she saw a future in which the Corner Studio would expand beyond yoga to offer many forms of wellness.  Today, Jenna is one of seven regular instructors at the studio.  Her clients have not one, but two options for massage, and it is not uncommon to attend a potluck or a movie screening in the Corner Studio space.  Jenna had the grand vision and belief to envision her dreams and the grit and discipline to make it a reality.  Having tried my hand at building a business, I have nothing but the ultimate respect for what she has accomplished.

Fermenting Entrepreneurship in the Granite State

Every once in a while I stop in my tracks and think, “Wow…my friends do some really cool things!”  It brings so much joy to me and so I thought I would share a few stories with you in a series I am calling My Friends do Cool Things.

A little over two years ago, a friend of mine, Bryant Naro, posted a link to a kickstarter page for a project that he and his wife Meagan were doing called Brew Hampshire, a documentary on the budding craft beer scene in New Hampshire.  A longtime friend, I’ve known Bryant since we were 12 years old.  We traveled the world together on student tours in middle school and our bands played many a shared a bill in high school.  It had been some time since we had spoken but I was always excited to hear the updates on his film career from mutual friends and social media.  I knew he had spent time at Florentine Films but was impressed to hear he and Meagan had started their own production company, Slate Roof Films, and were working on a full length documentary on top of their day to day client work.  Always happy to support my friends in their endeavors, I backed the project and proceeded to more or less forget about it, despite the top notch job they did in providing frequent and meaningful project updates. END_OF_DOCUMENT_TOKEN_TO_BE_REPLACED

Things have changed a lot in the last month for me and the demands on my time have multiplied.  Many of the changes I have made fall into the category of forming a routine and I though I’d share some of my favorites. END_OF_DOCUMENT_TOKEN_TO_BE_REPLACED

How I Learned Entrepreneurship From Playing in Bands

BostInno/Streetwise Media founder Chase Garbarino sold Pogs on the playground and ping pong balls in college; Forbes 30 Under 30’s Tom Coburn had dozens of ideas before founding Jebbit; CampusTap’s Remy Carpinto had an IT installation and services company up and running out of his freshmen dorm room before he had fully unpacked.  It seems like every entrepreneur I meet, (and I’ve been lucky to meet tons of them at BC, in the Soaring Startup Circle, and in our awesome Boston ecosystem), has been on an unstoppable trajectory, seemingly born to start businesses.  I am always in awe of their talent, perseverance, and will-power.  Simultaneously, however, it makes for an interesting moment of introspection.  Sure I shoveled some driveways and mowed my neighbors’ lawns but was I ever really like Chase or Tom or Remy?  While these guys were starting businesses, what was I doing?  Ironically, it is the answer to this question that helps explain my own entrepreneurial streak. END_OF_DOCUMENT_TOKEN_TO_BE_REPLACED

Thinking About a BC MBA? My Reflections on a Great Two Years!

Almost three years ago today, I decided to pull the trigger on a full time MBA.  Reading about other people’s experiences really helped me so I thought I would pay it forward.  Early this summer I did a series of blog posts recapping my classes at BC.  Happy to answer any questions so feel free to reach out!

The Unexpected Reasons Why All Entrepreneurs Should Drive for Uber

For the last several months I have been driving for Uber.  Sometimes I do it a lot, sometimes I go weeks without logging any hours.  Every time I do it, however, somebody will undoubtedly ask if I like doing it.  While we have all heard the horror stories and the calls for driver benefits, etc., for me the answer is clear: Yes!

I started driving for Uber the last few months of my MBA to limp through the finish without having to borrow more money.  Soon after, however, I got into the Soaring Startup Circle accelerator program to work on my startup, Radici Travel.  Uber gave me the ability to say yes, knowing that even in the lean early days of the business, I would be able to pay my bills.  The financial benefits were clear and expected but there are two other distinct reasons why I would encourage any entrepreneur to drive for Uber, Lyft, or another ridesharing platform. END_OF_DOCUMENT_TOKEN_TO_BE_REPLACED

The Struggle: Why Ben Horowitz is better than an alarm clock

I knew it would be hard to get people to call me back; I knew the original idea would change; I knew I would have to scrap, claw, and hustle for every sale.

I never realized how hard it would be just to get out of bed in the morning.

I have been a full time entrepreneur, working on my startup Radici Travel for 39 days.  During that time most of my MBA friends have posted photos or updates detailing their European Adventures or the satisfaction of getting a fat paycheck after two lean years.  In contrast, I know that I have about 2 months of runway left before I need to shift a little more of my focus to Uber driving so I can continue to work day in and day out without pay.  I live in constant fear that the idea is not good enough, that my execution is all wrong, that I simply might not be cut out to build something from nothing.  The psychological roadblocks are the toughest to get through because there is no one to force me to get out of bed and get to work, no internet use policy to keep me off time suck websites, and no boss to get on me if I am not achieving goals.  Entrepreneurs tend to be optimistic by nature and we often hear the success stories with the obligatory “it’s lots of work…it’s really hard” caveats, but it all works out.  This can be both an inspiration or a dagger depending on where the mental compass is pointing that day. END_OF_DOCUMENT_TOKEN_TO_BE_REPLACED 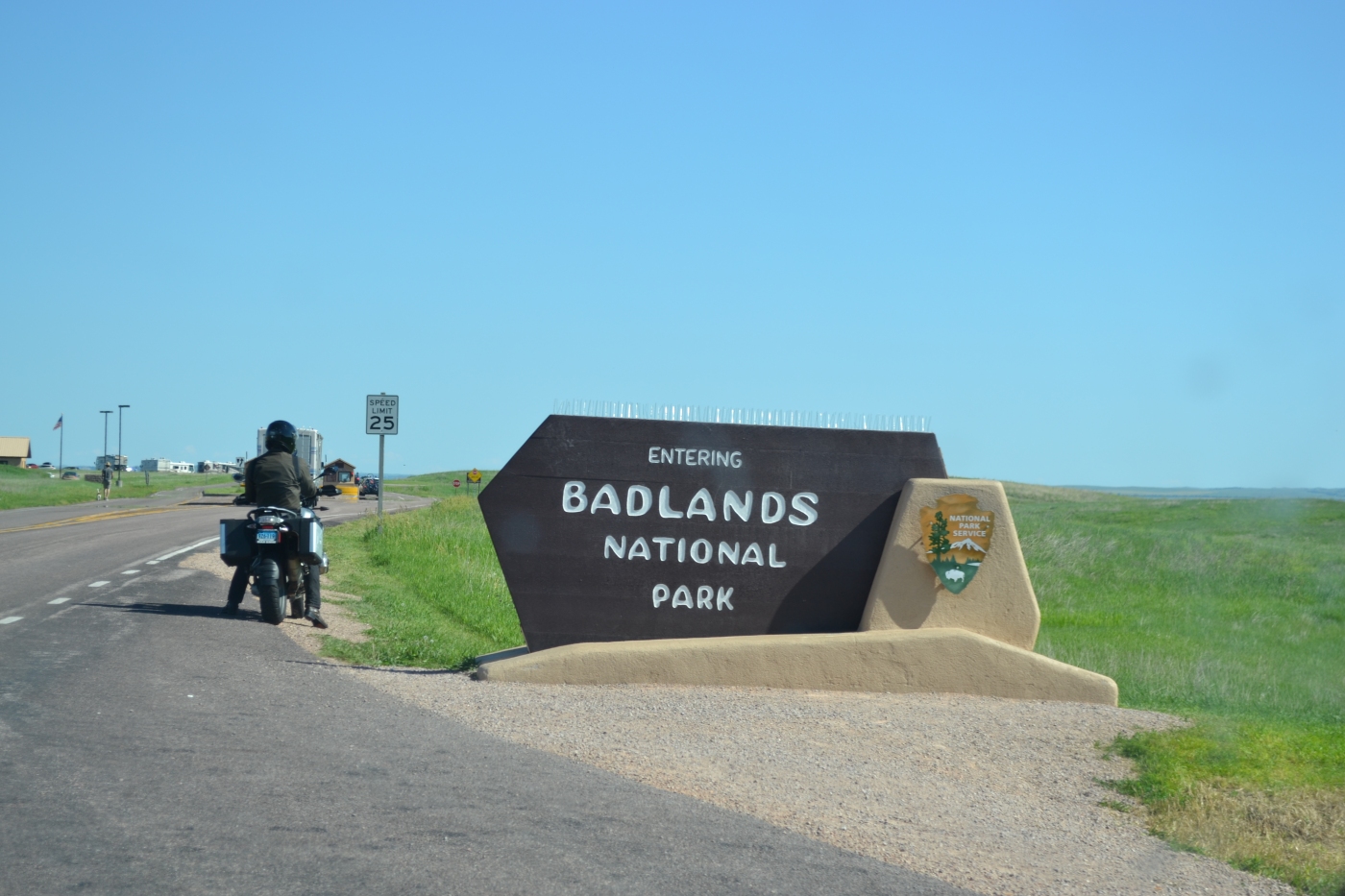 We’ve reached the last installment in my blog reflections on my MBA classes at Boston College.  I have been floored with the reaction (about 600 views as of my writing) and hope that they have provided some value.  In addition to the rundown of my classes, I will also include some closing thoughts at the end.  If you missed my earlier posts you can find parts one, two, three, four, and five here on my blog.

Another go round with marketing guru Jerry Smith, this class was condensed into three weekends over the course of half of a semester.  Similar to his Brand Management class, we walked out with tons of new tools and frameworks to help do pricing.  The most poignant take-aways, however, where more thematic: